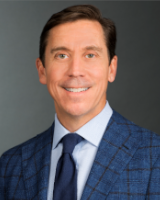 Dallas Addison is a shareholder with Addison Law with a wide variety of experience representing clients in the recreation and hospitality industries. This experience includes the acquisition, sale, development, management and operation of recreation and hospitality projects throughout the country. Mr. Addison has represented purchaser, sellers, developers, operators and investors in the negotiation, structuring and operations of multiple golf, club, resort and hospitality transactions throughout the country totaling over two billion dollars.

Prior to joining Addison Law, Mr. Addison was an attorney with the international law firm of Jones Day, where he worked on numerous commercial real estate transactions, mergers and acquisitions and capital formation transactions, including private placements, debt offerings and initial public offerings.

Mr. Addison received his law degree, cum laude, from the Southern Methodist University Dedman School of Law, where he served on the Southern Methodist University Law Review Association and was a founding member of NAFTA: Law Review of the Americas. Mr. Addison received a Plan II honors degree from the University of Texas at Austin. Mr. Addison is a member of the Recreational Development Council of the Urban Land Institute, a member of the Business Council for the Arts and a Board Member of the Midwest Food Bank of Texas. He has lectured and moderated frequently on golf and hospitality topics, including at multiple Golf Inc. conferences.

Addison Law is a team of industry focused, experienced, deal makers and problem solvers. By focusing its efforts and resources in the golf, hospitality and real estate areas, Addison Law has gained an in-depth knowledge and understanding of the issues that affect the bottom lines of our clients. This institutional knowledge, combined with a talented and hard working team, results in unmatched legal service and value for Addison Law’s clients.