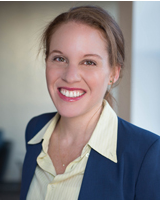 Ms. Wolff is an accomplished trial and appellate advocate with a reputation for achieving exceptional results, from reversals of dismissals on appeal and multimillion-dollar settlements for plaintiffs to complete dismissals for defendants. Lauded by clients as a fierce advocate and trusted ally, she resolves painful disputes and pursues outcomes that restore normalcy when livelihoods and reputations are at stake.

Whether counseling clients in the early stage of a potential dispute, guiding them through government and regulatory investigations and enforcement proceedings, or waging a vigorous battle in the courtroom, Ms. Wolff engineers pragmatic solutions that minimize risk, disruption, and liability.

Ms. Wolff devotes a substantial amount of time to her pro bono practice and has advocated on behalf of victims of domestic violence, political and religious refugees,  undocumented minors, and victims of police misconduct. She earned the Legal Aid Society’s Pro Bono Publico Award and Sanctuary for Families’ Above & Beyond Award for Excellence in Pro Bono Advocacy.

Prior to joining Sher Tremonte, Ms. Wolff worked as an associate at Cahill Gordon & Reindel LLP.  Ms. Wolff received her J.D. from Georgetown University Law Center, where she served as the Writing Program Director for the Georgetown Journal on Poverty Law & Policy. During law school, Ms. Wolff worked as a judicial intern to the Honorable Richard Holwell in the United States District Court for the Southern District of New York and as a legal extern in the United States Department of Justice, Civil Rights Division.

Ms. Wolff is admitted to practice in New York State, the United States District Courts for the Southern and Eastern Districts of New York and the United States Court of Appeals for the Second Circuit. She is an active member of the Federal Bar Council and serves on its First Decades Committee. Since 2016, Ms. Wolff has been selected annually as one of New York City’s “Rising Stars” and “Top Women Attorneys” by Super Lawyers.

United States Court of Appeals for the Second Circuit

Sher Tremonte is one of New York City’s most highly regarded litigation boutiques and represents companies and individuals in complex commercial disputes and high-stakes white collar matters. Our wide range of clients – businesses, entrepreneurs, executives and other leading professionals – rely on Sher Tremonte to provide creative, thoughtful advice. They trust Sher Tremonte’s superb and experienced lawyers to win their cases and, where possible, avoid litigation altogether.